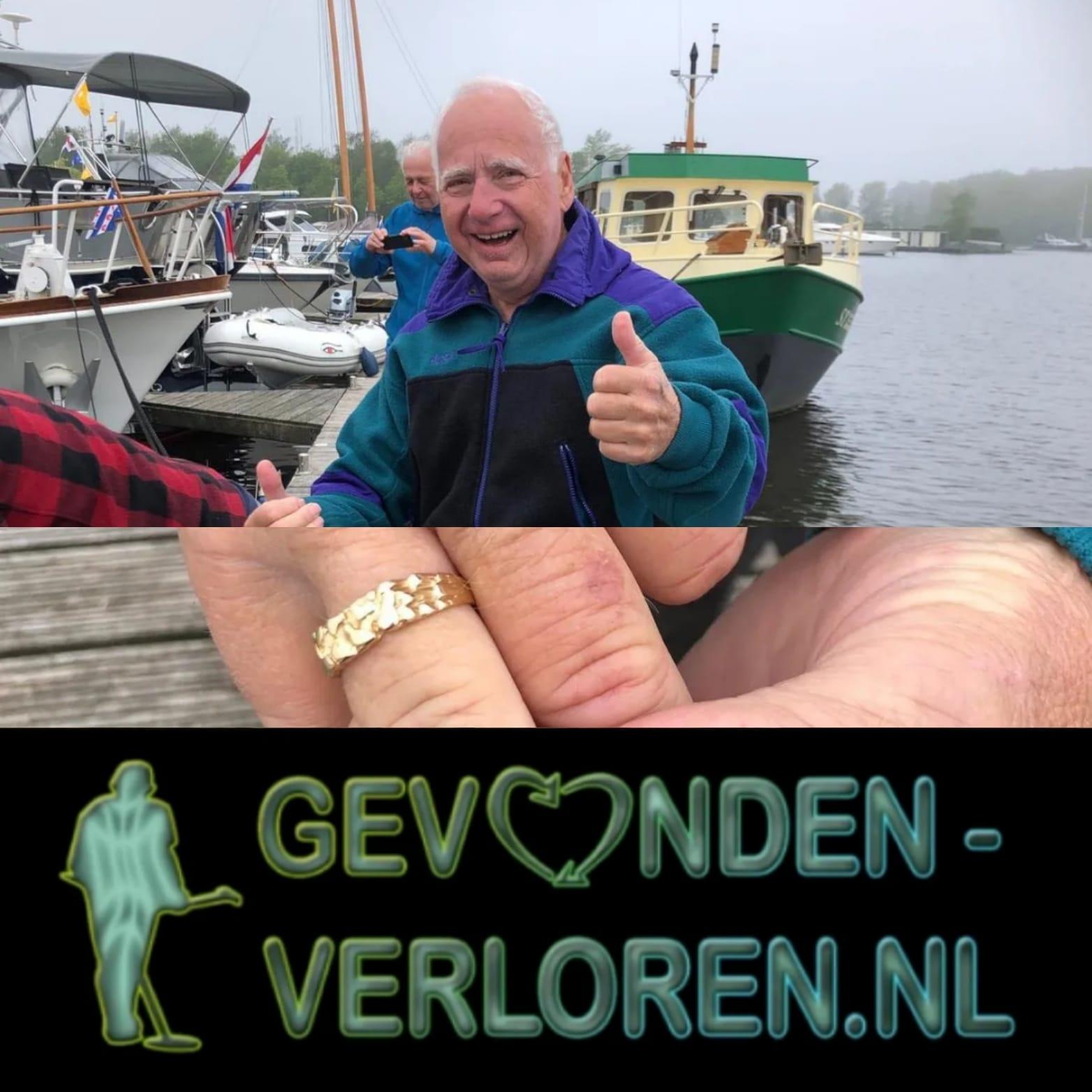 I would like to take an opportunity to acknowledge and comment on the amazing work performed by the volunteer group Dutch: Gevonden-Verloren (Lost & Found).Last week I had the pleasure of meeting two of the groups members, Richard Ober, Detectorologist and Fabio Sacerdoti, one of the groups divers. My story starts out sad but with the help of this group the ending is nothing less then amazing. I think my story is important not just from my personal experience but during times of cynicism, divide and selfishness it shows another side of human nature, one of caring, passion and a call to do good for others.

How did it all start?

To start, my wife and I are American and own a small boat that we keep year round at the beautiful Marina De Horne at Jachtbemiddeling Terherne-Nautic in Terherne Friesland, Netherlands. During the boating season we travel back and forth from the US to enjoy our boat. Last week we took a small trip to the Capital city of Leeuwarden where we enjoyed a few days and met some really nice people, more about that later. When we returned to our home port I needed to fill our water tank and while carrying the hose back to the boat my wedding band slipped off my finger and fell in the water between the planks of the scaffolding.

My mind said that the ring was lost forever, and I was immediately devastated.
The ring has been on my finger for 38 years.
I am sure you can imagine how I felt, the water is deep and murky I was positive there would be no chance of recovery and didn’t even think to mark the exact location where it fell in as large barges travel up and down the adjacent waterway (Princess Margriet Canal) causing wake and turbulence.

A little while later I was talking to our boat mechanic Gerry Schippers who owns the repair and ship refurbishing shop Schippers Yachts at the marina. He asked why I was so sad, and I explained what had happened. His answer was that we must find someone who can find the ring. The wheels were put in motion, he and the rest of the guys started making calls. The following day one of the guys Robin, owner of Electrical Services Biema who does much work at the marina, called his girlfriend to tell her what happened. The internet search began and with some effort she found the Gevonden-Verloren Organization and contacted them and spoke to Richard Ober and explained the particulars.

The speed and determination of helping is incredible

Without hesitation, Richard made arrangements and told her that he and one of the divers will be out the next morning to attempt a recovery. At this point I had lost total hope of ever getting my ring back but with this news I felt a glimmer of hope. The next morning at 7am, as arranged, Richard and Fabio, one of the groups expert recovery divers arrived.
After a brief talk we all relocated to the site carrying a couple hundred pounds of dive and recovery equipment. I now felt more confident that if the ring can be recovered these were the guys that can do it. 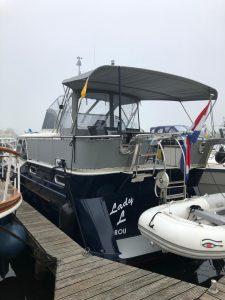 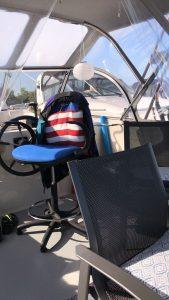 From the moment I met Fabio it was apparent how committed and driven he is in his quest to help.
After suiting up Fabio entered the water near the area I thought the ring was lost.
The conditions were horrible, 2 meters of water followed by a meter of loose silt that at any movement would stir up.
Visibility was at Zero. 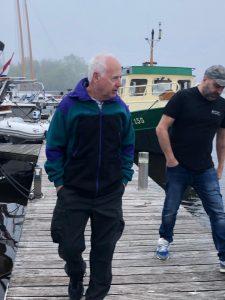 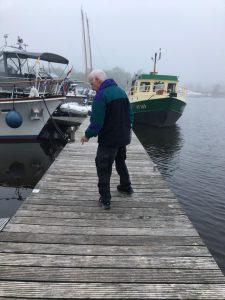 Fabio started a systematic search but was unable to detect any signals. After an hour I again started to loss hope but Fabio was undeterred. He kept diving back down and found a signal or metal but again it was lost.

What is that in his hand?

After a tense hour and a half with Fabio searching, to my amazement he came up holding my ring in his hand.
I have to say that I was in total shoch and elated that he was able to find my ring.
About the organization; Genvonden-Verloren is a all-volunteer non-profit organization with 45 members (10 divers and 35 above water recovery experts and support) throughout the Netherlands and Belgium.
Their sole purpose is recover personal items of sentiment and monetary value for people like me.
Their organization is there to reunite people with their property and to put a smile back on their face.
They have recently been certified by the National Police to assist in recoveries also.
This organization is funded by the members themselves and donations from the public.
All donations go directly to the operation of the group so they can continue doing this important and honorable work.
It is well worth organization to support and I will leave a link below to view their web site and successes and maybe help you decide to help them continue with their work.

From my personal experience I cannot say enough positive things about this organization.
As a side note, while we were in Leeuwarden moored at the Prinsentuin Park we were on board and my wife noticed an young couple with a beautiful baby girl walk by.
My wife commented how beautiful their daughter was and a conversation was started that lasted for about a half hour.
Later that day the woman and her daughter came back and tapped on our window with a bouquet of beautiful tulips.
She didn’t have time to chat as they were preparing to travel abroad.
We parted saying that maybe we will meet again someday.
My wife and I talked about how nice it would be to meet up with that couple again.
Several days later she was on the Lost And Found Facebook page as she had recently become a follower and recognized our boat.
She contacted Martin who started the whole organasatin, who contacted Richard who contacted us with her information and now we are in contact looking forward to meeting and keeping in touch.
Fate does work in strange ways. 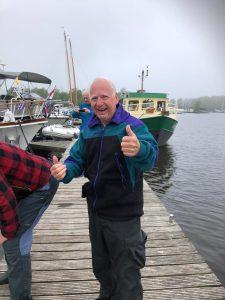 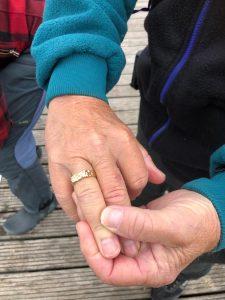 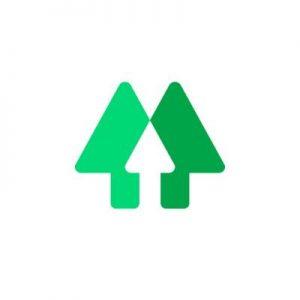